skip to main | skip to sidebar

THE BIG GIFT or, Confessions of a middle-aged Marvel Zombie 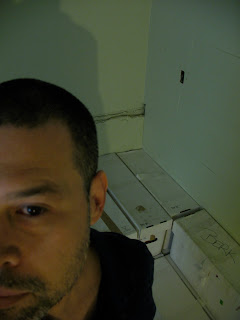 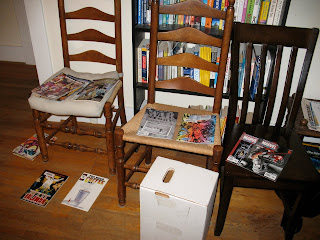 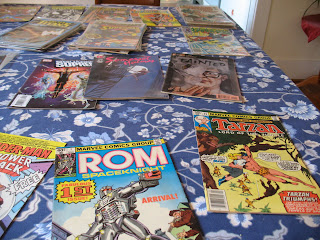 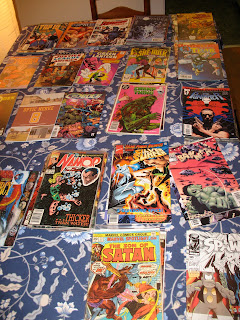 As visitors to this site have noticed, I have not yet managed, after publication of my book, to provide the updates, corrections and supplemental material to Komiks: Comic Art in Russia as planned. My apologies.

I did, however, want to take the opportunity afforded by a lull in my work schedule to blog about my recent comics donation to the University of Washington, Seattle Library’s Special Collections.

As some of you may have heard, this is a move I had contemplated for a number of years, but the proper constellation of factors finally converged only about a year ago: getting tenure at UW; wanting to streamline my possessions; not wanting to scatter my comics (which I’ve been collecting since about 1974) to the four winds, either by selling or trading them off piecemeal; and the willingness of Special Collections’ Sandra Kroupa to accept such a large donation of pop culture ephemera. The enthusiasm and support of the library’s Anne Davis (another stalwart for comics on campus and auditor of my 2009 course “Comics Cultures: Global Perspectives on Graphic Fiction”), as well as a chat with Carolyn Aamot from the library’s Gifts section in 2009, all played a role in my decision, as did accounts like this: http://www.youtube.com/watch?v=55ZUcslkPMA . The comforting thought that I could drop by and visit “my” comics anytime, and that the collection would be cared for in perpetuity by experts long after I’m gone – and serve as an important resource for comics/popular culture studies in the Northwest, to boot – it all made the idea of parting go down easier.

The final impetus turned out to be a somewhat unanticipated move this summer. It forced me to consider whether I wanted to put my comics in a rented storage unit somewhere, since my new apartment would have no room for them. “Do I really want to move them all again?” I thought. Besides the hassle, what about the possible damage/loss? For that matter, how safe were they in basements and rental units from the elements, theft, harm?

For the last several years my comics had been sitting in long cardboard boxes, themselves protected inside long plastic bins. After my one teaching job this summer, I finally, then, buckled down for the last hurdle: I didn’t want to donate the collection without a proper inventory of what I had. I didn’t know, after all these years, the contents of my own comics boxes. Also, I knew I could use some of the books for a current writing project, once I found them. (Embarrassingly, for a while now I’ve simply bought copies of whatever comics I needed for conference presentations, articles or class, even though I knew I had them in my collection – somewhere.)

As you can see, I proceeded methodically, albeit in very lo-fi, analog fashion. A laptop would slow me down, so I used good ol’ pen and paper. Knowing I would never have the time to alphabetize the collection as a whole (with all A’s in one box, B – D in another box, etc.), I instead roughly alphabetized each box individually – the Special Collections staff could organize it all later as they saw fit.

I laid out each box’s contents on a long dinner table (my then-roommate Susan’s – thanks, Susan!), then on the floor, then on chairs, coffee tables, sofas, wherever I found space. It depended on the box: some, like the very first one, contained only about 20 different titles (including over 100 issues of Hulk), so it didn’t take long and didn’t require many different stacks to organize. I could get through a box like that, with time for logging, classifying, alphabetizing and, of course, reminiscing, in about three hours. Most boxes, though, took a lot longer: sometimes they might contain a single issue each of dozens and dozens of titles or even unique mini-comics/zines, each getting its own stack. Comics stacks sprouted all over my dining area/living room. Working pretty much non-stop, I got through the boxes at the rate of about two a day. (Some comics I paused over longer than others for nostalgia’s sake; in some cases, I reread whole issues or even story arcs!)

In the interest of archaefanboyology, here are some things I found:

* Duplicates: in some cases up to three of the same issue (these I set aside as gifts or separate donations).

* Indicia issues: the publishers, especially Marvel, could be quite craven about changing series titles for the sake of making a dime, then returning to the old series numbering later, without fanfare. This led to ridiculous things like two issues of the Hulk of the same volume and the same numbering, but three decades apart. (I dutifully noted this in my catalog notes.) And don’t get me started on West Coast Avengers/Avengers West Coast …

* “Heroes Reborn”: I didn’t need reminding, but the only thing I hated more than the concept was the pathetic execution.

* Some surprising things with ads: I had no recollection that the venerable Charles Atlas body-building ad – the real thing, not a parody – was still running in some books as late as 1998, when scores of other such ads had long since vanished from comics pages.

* The 90s: Something else I remembered well, though wish I didn’t: the decade’s speculator-driven mania for enhanced covers, holograms, revampings and in, general, crappy stories.

* Delightful Oddities: like the Amalgam series (Challengers of the Fantastic!, Timber Wolf by Night, heh, heh), Flashback, Stan Lee Meets …, Just Imagine Stan Lee Creating …, any book that guest-starred the Marvel Bullpen and one of my all-time favs, the Marvel No-Prize Book. Also, I found this 1984 gem pretty remarkable: http://www.politedissent.com/archives/982 . Bold story; I’d totally forgotten about that. Plus, I loved those special, rare occasions when I found a comic book with two covers, the result of a printing error. For the record, the first one of these I ever stumbled on was a copy of Iron Man #116 (1978).

Other parts of this project were real revelations. I knew I had bought plenty of The Trouble With Girls in the 80s/90s, but I did not recall getting this much Alpha Flight, so much Namor (the Byrne-initiated series), so many Marvel Premieres. I had a complete set of Too Much Coffee Man, ferchrissake! It was also sweet sorrow to rediscover sentimental favorites like Woodgod, Jack of Hearts, Hellcat, the White Tiger, Modok, the Wrecking Crew, Henry Gyrich, Nuklo, Satana, Father Darklyte …

And, of course, there were all those individual issues and stories I loved as a kid (or adult) and still treasure. (Man, what Alan Moore could do with the living water fountains of Rann …) To cite just one example, I have a particular soft spot for Steve Gerber Defenders, especially the Headmen saga of the mid-1970s – some of the most bizarre, gonzo, wonderful work ever done in the genre. Oh, and just one more: Steve Englehart’s run on West Coast Avengers in the 80s, Englehart’s run on Fantastic Four in the same decade … It was poignant and pleasurable to have those books pass through my hands one last time, as mine.

I discovered something else about myself: I’m not ready to part with my nearest and dearest. I retained about 10 comics purely out of emotional attachment, mostly stuff from deep in my childhood, which in ways that still surprise me, remain part of my DNA and probably always will. Uh, can I get buried with some of these? (Others I kept for ongoing or near-future writing projects).

So, in the end, I put together 12 comics boxes and one small box of magazine-format series (like Bizarre Adventures, Savage Sword of Conan and my beloved 70s Doc Savage) for the library’s Mike to pick up in his truck on August 4. This was not quite the entirety of my collection in Seattle (I have a couple more boxes in my university office, and I made it my policy to not donate anything less than two years old). Besides these, I also have about another five boxes in Texas, which I plan to bring over to the library little by little. And then there’s my Russian comics material still overflowing my office shelves, which I too intend to give to the library eventually.

But this, by far the most elaborate and thorough cataloging of my single-issue collection in over 16 years, and the subsequent gifting of my comics, was quite a memory-laden, wistful and emotional journey. A labor of love.

Posted by komiksoved at 4:38 PM